It is bad enough to suddenly develop a rash of unknown origin when at home, but what if you are traveling abroad? What if you suddenly notice a rash that you’ve never had before, and it is extremely uncomfortable? Perhaps it is painful or maybe it itches so intensely that it is all you can do not to scratch. At home, you could call your doctor or step into your local pharmacy to pick up something to treat it until you can get in for a proper appointment and prescription.

Unfortunately, in another country where English isn’t widely spoken, what can you do? Fortunately, there are a few things you can do at the moment to get a modicum of relief until you get home to your own doctor. Let’s look at what you can do about treating a rash abroad.

If there is a language barrier and you happen to be in some remote part of the world when you notice the presence of a strange rash, you may want to do a little searching online. While you may find a doctor who speaks English to some degree, there still may be a language barrier. It would help to have information on hand that you could show him/her such as pictures with the Latin names listed because that is the universal language of medicine in most areas of the world.

That is not to say that you should try diagnosing skin rashes by yourself. Why not check out information on skin rashes on the Patient website? This is an informative site only and does not seek to diagnose but rather offers insights into various diseases, conditions, and treatments. The sheer amount of information alone makes it worth browsing when trying to ascertain just what could be the problem you are facing.

As odd as that sounds, some rashes are not common in all locations on earth. Some are specific to specific regions because of the ultimate cause. For example, in tropical regions, a common rash is the result of a parasitic skin infection resulting from the larvae of hookworms. Imagine how it feels to be told you have worms hatching in you!

This particular rash is called Cutaneous Larva Migrans and since cutaneous refers to the skin, it is obviously one of the skin rashes resulting from something other than an allergy or vascular disease. Beyond the fact that you have been infiltrated by hookworm, the manner in which you contract the rash is equally disgusting.

Hookworm larvae are the type that typically infests dogs, cats, and other mammals. The way in which humans are known to be exposed and/or infected is by walking down moist, sandy beaches barefoot. If the sand has been contaminated by the feces of an infected cat or dog, a human can also become infected. Since colder, northern climates are unlikely to have warm sand on the beach, this is one of the skin rashes predominantly in regions such as South and Central America as well as in parts of Asia and the Southwestern United States. Treatments can include oral prescriptions as well as topical formulations.

You Should Read: Differences Between Public and Environmental Healthcare Workers

Another problem you may come up against when trying to treat skin rashes abroad is in choosing OTC medications. While many may have English translations on the packaging, others may not. Where many people go astray is in choosing what they think is a certain remedy or treatment based on the packaging. Sometimes this is done on purpose by the manufacturer in another country and other times it’s just the result of the graphic artist who designed the box.

There are times when you assume it is the same thing that you take regularly at home, but the formulation may be quite different. In fact, some drugs in a foreign country are legal but not so in the United Kingdom. It pays to be extremely careful, even with topical medications for skin rashes because there may be ingredients you are allergic to. That would intensify the rash in most cases, and you’d be even more uncomfortable than before you took that capsule.

Treatment Abroad Can Get Costly

UK travelers often ask if the NHS covers medical treatments abroad. Typically, the answer would be “Not upfront,” if it is a country that is part of the EU directive for reciprocal care. How this works within certain countries abroad is that the patient would pay for services and then submit a request for the repayment to the NHS upon returning home. It isn’t guaranteed that those services would be reimbursed but that is the only way to be paid back.

Then there are countries in which no such accord exists so you would be on your own to cover all costs involved. At this point, you might need to assess just how severe that rash might be and if you think you could endure it until you returned back home. Some rashes can’t wait, but how would you know that not being a doctor? Again, if you are only on a ten-day holiday and you are at day eight, those extra two days might not make much of a difference other than making your last few days extremely uncomfortable.

There is something else you might want to consider as well. Not all skin rashes are the result of something like that Cutaneous Larva Migrans mentioned above. As we have recently seen with SARS-CoV-2, Covid-19, viruses can quickly turn pandemic, or even epidemic, if they are contagious like the coronavirus. Before scoffing at the possibility, look how quickly such skin rashes like measles, mumps, and smallpox traveled when they first emerged onto the world scene.

No one expected a coronavirus to cause such widespread illness and death, but it did. Therefore, before assuming that you are having a bout of dermatitis or an allergic reaction to something you’ve come in contact with within another region of the world, it might be wise to get a diagnosis before returning home. Sometimes even a simple blood test will determine the root cause of the rash, but that may be very rare as well.

Things to Think About Prior to Travelling

Perhaps you could treat this holiday or work-travel trip like you would a backpacking adventure in some remote area at home. For those, you are asked to pack a first aid kit to carry with you that includes things like aspirin, bandages, first aid creams, and even antihistamines. If that rash is the result of an allergic reaction, the antihistamine would keep the itching to a minimum, at the very least.

Sadly, you can’t be too careful when getting ill abroad. Not only can you be introducing a new superbug to people back home, but you could also be putting yourself in danger if you aren’t seen by a medical doctor quickly. Yes, most skin rashes aren’t quite that dangerous, but some can be. It is always better to be safe than sorry, so at the very least, get a quick diagnosis before moving on with the rest of your trip abroad. 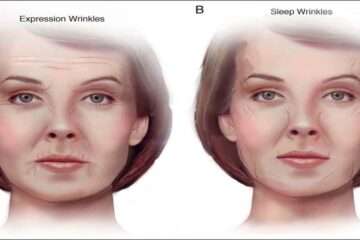 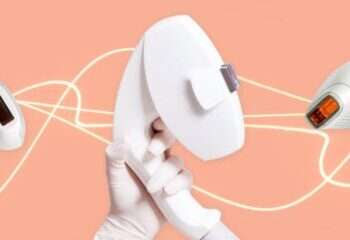 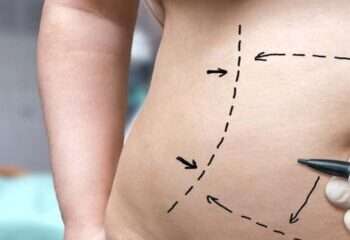