Charli D’Amelio, the most famous TikToker of all time!

I bet if you are a frequent Tik Tok user, you do know about her. Well, who does not know about the most followed Tik Tok celebrity these days?

But do you also know about Charli’s sister Dixie D’Amelio?

Though not as renowned as her little sister, 20-years old Dixie is just as popular as TikToker. Dixie even holds the record of being the third highest-paid TikToker. You might be surprised to know that neither Charli nor Dixie joined Tik Tok since its launch. The D’Amelio sisters debuted on Tik Tok in 2019 and since then, they’ve been taking the platform by storm.

Dixie D’Amelio is the older one of the popular D’Amelio sisters. Born in Norwalk, Connecticut, Dixie Jane D’Amelio is an American social media celebrity. The 20-years old Dixie rose to fame with her videos on Tik Tok. But besides being one of the most successful TikTokers, she is also a well-known singer and aspiring actress. Recently, Dixie appeared in Attaway General. Attaway General is a Brat’s series airing on Youtube.

In the American entertainment industry, Dixie is known for being the reputed social media celebrity that she is. She is also famous for being the elder sister of Charli D’Amelio. Charli is the most followed Tik Tok star of all time. Read on Dixie D’Amelio biography.

Dixie was born to Marc and Heidi D’Amelio on August 12, 2001, in Norwalk, Connecticut. Her father Marc is an Ex-Republican and a well-established businessman. He is also a social media star. Dixie’s mother Heidi had been a successful model and photographer of her times. Presently, Heidi is a social media celebrity like her daughters. Born and brought up in an upper-middle-class family, Dixie had had a great childhood.

She completed her schooling at King Low Heywood Thomas School (better known as The King School), Connecticut. Thereafter, the American TikToker visited a private university in the USA to pursue her graduation. Having a deep interest in singing and dancing, Dixie always had a thing for building a career in the entertainment industry. With the same dream, she started sharing her videos (of dance and singing) on Tik Tok. In no time, her videos earned her immense popularity and success.

Dixie is an American citizen by birth. She belongs to a white ethnic group. Also, she follows Christianity as her religion. Keep reading to discover Dixie D’Amelio’s road to success.

Dixie has a family of four including herself. She shares her parents with a younger sister Charlie D’Amelio. Her father Marc D’Amelio is a businessman, social media personality, and a former politician. He represented the Republican Party as the candidate for Connecticut State Senate in 2018. However, he did not win the elections. Dixie’s mother Heidi had been a model and professional photographer.

The youngest member of the D’Amelio family is the 17-years old Charlie. Alike everyone in her family, Charlie is a very talented personality. She is a dancer who has claimed several trophies and championships with her fluent moves. Also, Charlie is one of the most followed social media celebrities from America. With over 150 Million followers, she is the most followed Tik Tok celebrity in the world.

Charlie holds the Guinness record of being the fastest TikToker to gain 10 Million, 50Million, and 100 Million followers on Tik Tok.

Her Early Life/Life Before Fame

Dixie led a very normal life before fame. And it might come as a surprise but for a long time, Dixie didn’t even know that she was popular on Tik Tok. It was all thanks to her friends. Dixie had been an active Tik Tok user for quite some time. But she never thought of using the platform to share her videos. While her younger sister Charlie was bombarding the platform with her dance videos, all Dixie would do was to scroll the videos of her favorite TikTokers.

Dixie ran tracks in her school days. She also played lacrosse. With her excellent game skills, Dixie impressed a big lot of schoolmates from her high school. Some of her fans captured the snaps and videos of her playing on the field. They would then upload the same on social media.

Once while scrolling through her Tik Tok account, Dixie moved to the ‘videos that might interest you’ section and was surprised (rather pleasantly), to see her clips ruling the platform. That was when she decided to give Tik Tok a try. That was how she started posting videos on Tik Tok in 2019. The rest remains history.

With the immense success that she enjoys, one might assume Dixie and the D’Amelio sisters’ duo to be quite aged. But that is just not true. Dixie D’Amelio is pretty young to be entitled as the third highest-paid TikToker but that’s what the reality is. Her talent, gorgeous looks, and warm personality have won the hearts of millions worldwide.

Dixie Jane D’Amelio started her career as a social media personality. It happened after Dixie’s little sister Charlie gained phenomenal success on a variety of social media platforms including Instagram and Tik Tok. Dixie started to upload her videos on Tik Tok in late 2019. Soon, she was entitled as the 7th most followed celebrity on the application.

In the year 2020, the entire D’Amelio family was signed under the United Talent Agency. The D’Amelio sisters’ duo also signed a contract with Ramble Podcast Network where they would host a program called Charlie and Dixie: 2 Chix. Later in 2020, Dixie marked her debut in acting with Attaway General, a popular Youtube series.

While Charlie danced to the grooves, Dixie wanted to be a singer. In June 2020, Dixie released her first single ‘Be Happy.’ The song has over a 60Million streams on Spotify. In August 2020, Dixie signed a contract with HitCo Entertainment. Her second single ‘One Whole Day’ was released recently.

Dixie also has a self-titled Youtube channel. Her channel has 7.33 Million subscribers.

Being the third highest-paid Tik Tok celebrity that she is, we are sure that Dixie earns a generous income. She is said to rule over the whopping net worth of $3 Million. As per the leading web portals, Dixie prominently earns her fortune via advertisements and sponsorships. She also saves quite some wealth from her career in singing, acting, and social media.

With her charming persona and gorgeous face, Dixie rules the hearts of millions. In a social media post, Dixie D’Amelio once revealed that she dated Matt Garavel. However, the duo split citing personal reasons.

Presently, Dixie is said to be seeing Griffin Johnson. She has been dating Johnson since 2018. Johnson and Dixie were seen together on the prom night of her high school. Rumors have that Griffin asked Dixie on the prom night. Though the couple was not seen seeing each other regularly, they had been complimenting each other on social media frequently. They, however, often appeared on social media posts of each other.

Some Lesser-Known Facts About Dixie D’Amelio

Dixie was rumored to be dating a guy named Mathew.

Besides being a social media celebrity, singer, and actress, Dixie is also a Youtuber. She has a self-titled Youtube channel with over 7.33 Million subscribers.

She has released two single albums in 2020.

Dixie has a Spotify profile with millions of monthly listeners.

Dixie had been into sports before joining social media. She used to play Lacrosse in high school.

Her sister Charlie D’Amelio is the most followed Tik Tok celebrity in the world.

Dixie is one of the highest-paid social media celebrities and TikTok.

Dixie D’Amelio is an American social media celebrity and popular Tik Tok creator. She is an aspiring actress and singer too.

How old is Dixie D’Amelio?

Who is Dixie D’Amelio Dating?

Dixie is rumored to be dating Griffin Johnson since 2018.

Why is Dixie D’Amelio Famous?

Dixie is a famous TikToker and social media personality. She is famous for being the sister of Charlie D’Amelio.

What is the Height of Dixie D’Amelio? 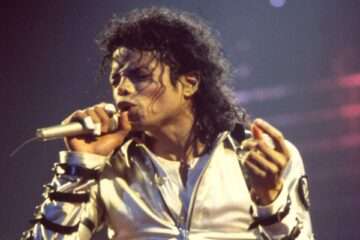 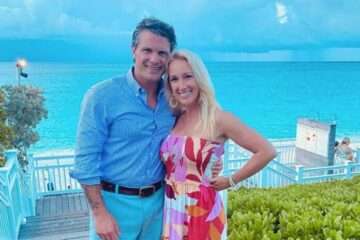