Charli D’Amelio is a popular American social media personality and one of the most followed Tik Tok stars. The 17-years old dancer holds the Guinness World Record of the fastest person to get 50 and 100 Million followers on Tik Tok. She is an actress, dancer, model, and web celebrity. Often, D’Amelio is seen sharing video content on her social media profiles including Triller and Instagram.

She is best known for sharing her dancing, lip-syncs, singing, and prank videos on Tik Tok. As of now, she is one of the leading internet celebrities in America. With immense success at a young age, Charli has also appeared in a variety of TV reality shows. She has also voiced a character called Tinker (a mouse) in the movie ‘StarDog and TurboCat’.

The Apzo Blog is here with a detailed biography of Charli D’Amelio. Below, we have discussed everything including her Wiki, family, boyfriend, dating life, her career, rewards, and achievements. So, stay tuned and read on, until the end.

Charli D’Amelio comes from Norwalk, Connecticut, US. She was born to Marc and Heide D’Amelio on May 1, 2004. Yes, Charli is quite young for a world-class social media celebrity, but who cares when she first-handed deserves that.

She gained quite some fame when she started to post her dance videos on Tik Tok. Occasionally, she would also share pranks, lip-sync, and other videos too. Her dancing skills in particular attracted lots of followers. Did you know that the American dancing diva Charli started dancing at the age of 3? The D’Amelio daughter started her school at the age of 3 and that was where she discovered having a thing for moves.

Since then, she has been into dancing. Charli trained in dancing for over a decade. She participated in and won several regional and national level dance competitions. She also won the Diva Dance Competition in 2019. As of December 2021, Charli is 17-years old. Did you know that Charli’s full name isn’t Charli D’Amelio?

She also has a middle name. Her full name is Charli Grace D’Amelio. She is an American citizen. Her birth sign is Taurus. She is Christian and belongs to white answers. Keep reading to know about her family background.

Her father Marc D’Amelio is a former politician, a businessman, and a Youtuber. Before walking into politics, Marc had been into the clothing business. Charli’s mother Heide is a former model and photographer. She shares her family with a younger sibling named Dixie D’Amelio (sister). Dixie too is a social media influencer and a Tik Tok star. The D’Amelio sibling duo together had been a part of ‘The Hype House.’ Let us tell you that ‘The Hype House’ was co-founded by Chase Hudson. It is a Tik Tok celebrity group based in Los Angeles.

Charli and Dixie had appeared together on several TV shows including The Ellen Show and The LateNight Show with Jimmy Fallon. Recently, they signed to a series of a podcast titled Charli and Dixie: 2 Chix. Besides having a personal Youtube channel, Charli is also a part of a Youtube channel owned and managed by her family. The channel is called The D’Amelio Family.

Charli D’Amelio attended a local high school in Stamford, Connecticut to complete her schooling. She went to the King School. She had been an extremely outstanding student at her school. Often she participated in extracurricular activities. However, after gaining a lot of media attention following her success on Tik Tok and Instagram, Charli stopped going to school. She switched to an online mode of education.

We have no updates about her graduation and shall update her biography soon with more details.

Charli’s life before her well-established career had been quite simple. She’d indulge herself in dance training and extracurricular activities. Following her passion for dancing, she also participated in dance competitions.

Charli had been in a relationship with the co-founder of The Hype House. We are talking about Chase Hudson. Like Charli, Hudson is a Tik Tok celebrity and social media influencer. Charli and Chase had been in a commitment from January 2020 to April 2020. Despite sharing great chemistry, the duo split citing personal reasons.

As of now, Charli is single.

The older D’Amelio daughter had a childhood dream to establish a career in dancing. All thanks to her years of training and dedication, her hard work seems to have paid well. She has over 127 Million Tik Tok followers and about 45 Million Instagram followers. Amassing huge fame and popularity, Charli had been collaborating with several world-class social media influencers. She had also been signed by talent agencies including Outshine Talent and United Talent. All the members of the D’Amelio family are signed under Outshine Talent.

You Should Read- Mia Khalifa Biography

The world may have millions of social media celebrities, but no one owns and rules this platform like Charli Grace D’Amelio. The young dancer debuted on Instagram in 2016. With hardly a couple of years gone by, she has 45.6 Million followers on her verified Instagram profile. Her self-titled Youtube channel has 9.64 Million subscribers. There she shares the segments of her daily life. Also, she shares the make-up tutorials and interactions with her friends.

A significant credit of her popularity and fame goes to Tik Tok. Charli debuted on Tik Tok in March 2019 by sharing a lip-sync video of herself and her friend. Soon, she shared a duet video with ‘Move With Joy’ (another Tik Tok user). She started sharing dance videos ever since. Her dancing skills won her over a hundred million followers in less than two years. When the Trump Government banned Tik Tok, Charli already had over 127 Million followers.

Charli D’Amelio had also been a part of ‘The Hype House.’ It is the Tik Tok celebrity collective based in LA, California. The collective was established to create better content for the platform. However, Charli left ‘The Hype House’ when it started to focus more on profitable strategies than content quality.

Net Worth, House, and Cars

Charli Grace D’Amelio, the dancer daughter of the D’Amelio’s’, surely enjoys a phenomenal fortune of her own. At the young age of 17, Charli ruled over the net worth of $8Million. Her prominent sources of income include social media platforms, dancing, acting, modeling, and paid endorsements. She also collaborates with several brands for paid sponsorships.

Charli charges about $55,000 per event. However, her exact salary is still under review. Visit Apzo Blog and check back soon to know more.

Charli D’Amelio’s current residence is in Norwalk, Connecticut, the United States of America. And though her family, most certainly, owns a lot of fabulous cars, Charli doesn’t seem to be into cars too much.

The 17-years old American dancing diva Charli enjoys a big fandom of her own. It is all thanks to her outgoing personality and extremely talented moves on the beats, without a doubt. She has several hundred million followers from all over the world.

For a successful social media personality that Charli already is, it is not surprising to find that she is often active on social media platforms. She updates her fans about her daily life via social media posts, particularly Instagram, Triller, and Youtube (’cause’ Tik Tok has been banned in the USA). Her fans know so much about her but here we are, with some lesser-known facts and secrets of Charli Grace D’Amelio. So, I insist you keep reading.

What is Charli D’Amelio height?

Who is Charli D’Amelio?

Charli Grace D’Amelio is an American social media celebrity. She is also a Tik Tok star who rose to fame with her dancing skills and short video content on the video-sharing platform. Charli is an aspiring model, YouTuber and social media influencer too.

Why is Charli D'Amelio so famous?

Charli, better known as Charli D’Amelio is a Tik Tok star and American internet celebrity. She is famous for her sharing dance videos on Tik Tok. Charli is also an equally popular YouTuber. At the sober age of 17, she has a verified Instagram account too.

How much does Charli D'Amelio get paid?

Charli D’Amelio’s net worth is estimated to be around $8Million. The leading media outlets estimate that she earns $55,000 per event approximately.

No, She doesn’t consume alcohol.

What is the Date Of Birth (DOB) of Charli D’Amelio?

What is the profession of Charli D’Amelio?

The Apzo Blog has a wide range of celebrity news that updates constantly. With many celebrity pictures and up-to-date information, it is easy to keep up with your favorite stars.
Leave a comment below and let us know what you think of this item and our photos. Comment soon and often! 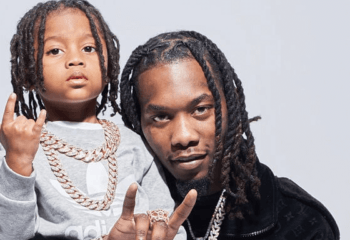 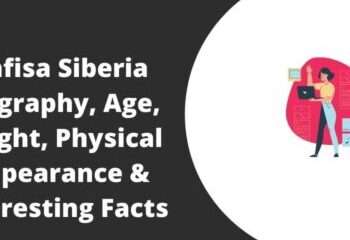 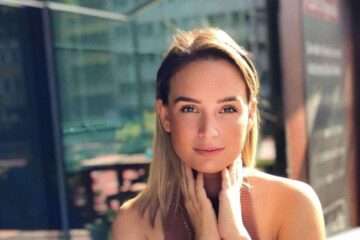