Blockchain In The Financial Sector

Most ordinary people who are only superficially familiar with the blockchain associate this technology with Bitcoin and other digital currencies. Meanwhile, even in the financial sector, the use of blockchain is not limited to only the release of new options for kryptonality.

For example, an interesting example is the creation of the Polybius crypto bank. Its founders initially did business in the production of mining equipment, and they themselves produced cryptocurrency. When they started having problems with monetary operations (banks simply did not want to serve a company engaged in such “frivolous” activities), the team decided to open their own bank, where blockchain is used in most processes.

First of all, the blockchain helped the founders of the crypto-bank to attract additional investments through ICO. In addition, the entire document flow of the financial structure will be conducted on the blockchain (Emercoin technology is used for these purposes). Banking transactions are another operation where blockchain is used.

Moreover, completely traditional banks are considering the possibility of transactional behavior through the blockchain. The most obvious option for such purposes is the Ripple platform and the cryptocurrency of the same name. Thanks to the use of blockchain technology, almost any amount can be transferred from Ripple from anywhere in the world, automatically converting from one currency to another. For example, an entrepreneur from the United States can transfer money to his partner in Germany, and the amount in dollars will come to the recipient’s account in euros, and the procedure itself will take only a few minutes.

Interesting solutions are offered by another cryptobank, Crypterium. In addition to becoming already standard in this area of ​​application of blockchain transactions, the project offers mobile payments with cryptocurrency with additional benefits such as loyalty programs, cashback, etc. It is assumed that such banking will be convenient not only for individuals, but also for business: cryptocurrency acquiring will allow you to control everything points of sale through a single system built on a blockchain. In addition, the bank’s customers will have access to the usual deposit and lending services, but with the convenience and security of smart contracts.

In almost all areas where you can use blockchain, it acts as a universal data warehouse, which is almost impossible to crack and change. In addition, access to this data can be obtained by any user who has the appropriate rights. For the agricultural industry, farmtrace is a good way to get your supply chain organized.

Medicine is one of the areas where data storage and processing is one of the key factors. The health, and even the patient’s life, can depend on how quickly doctors get the results of the examination or medical history. Blockchain technology allows you to enter all the data on the patient’s card, and if necessary, even doctors from another city or country can get access to it (for example, if the patient was forced to go to a medical institution during a vacation or business trip).

In food industry, previously used mechanisms for storing data in electronic form, but they were limited to one system. Food from of one country could go to the internal Internet resource and get the necessary information, or add new data; however, foreign colleagues did not have access to this database. Using the block chain, specialists from other countries can be admitted to an internal resource without any fear, after limiting access to the necessary framework.

If Bitcoin opened a new format of financial relations, Ethereum did the same in the legal sphere. To some extent, smart contracts were also present in Bitcoin, but it is on the Ethereum platform that each user can create a full-fledged legal base for their business, starting with an agreement to purchase a mobile phone via the Internet, and ending with registering their own business with access to an ICO, launching internal cryptocurrencies and other features.

There are countries where blockchains are used by state bodies to simplify the management of state property and legal regulation. Similar mechanisms are being actively implemented in Estonia (previously in this country it was possible to obtain electronic citizenship).

Based on smart contracts, it is now possible to register a marriage, and even obtain virtual citizenship – there is a complete Bitnation encryption on the Internet. This community has its own citizens, ambassadors and even real territories.

Blockchain In Other Areas

There are many more areas where blockchain technology can be applied. This is also the real estate sphere – the tokenization of property rights to knowledge and land plots significantly increases the liquidity of assets and makes it possible even for small investors to conclude transactions. Blockchain is also used in the energy sector – tracking energy reserves at various points (gas stations and stations), as well as in entire regions, allows optimizing supplies. With smart sensors in pipelines and storage facilities, control can be improved and the risk of theft can be reduced.

The use of blockchain on the Internet of things is a separate issue. This “bundle of innovations” can be used in various fields – in industrial production, agriculture, mining, etc. There are many such examples and all of them prove that blockchain technology has a great future, which is not limited to cryptocurrencies only. 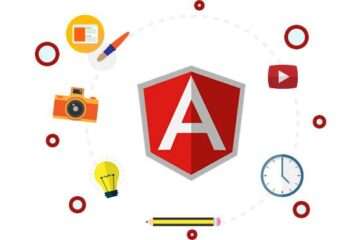 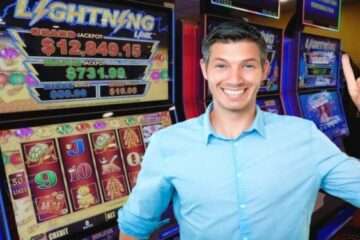